That’ll get your attention!

H. Paul Shuch is a Light Sport Repairman with Maintenance ratings for airplanes, gliders, weight shift control, and powered parachutes, as well as an independent Rotax Maintenance Technician at the Heavy Maintenance level. He holds a PhD in Air Transportation Engineering from the University of California, and serves as Director of Maintenance for AvSport of Lock Haven.

That’ll get your attention!

This afternoon I was flying Karen to Copperhill, TN where we keep a car parked, so she could party with some girlie friends this evening.

Most of the way through the flight, I noticed something amiss: 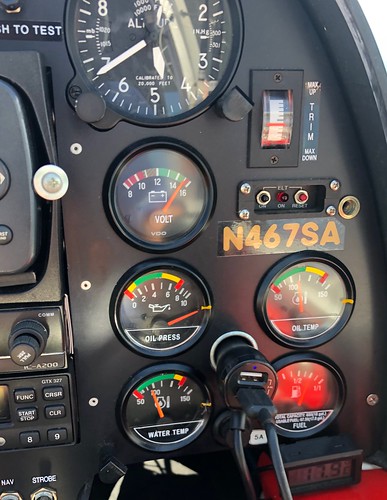 Out of nowhere, it certainly focuses one’s attention. I pointed it out to Karen, and told her it was almost certainly a problem with the gauge, sender or wiring, but that I was keeping a close eye on the oil temperature. I was trying to picture a failure mode of the oil pressure regulator that could cause runaway oil pressure, and I couldn’t remember whether an open circuit to the sending unit would cause the gauge to go to max or zero*. As an aside, I think I would have been more nervous if the gauge had gone to 0 rather than max.

In any case, we were less than 15 miles from Copperhill, over marginal terrain but with some altitude to spare, so pressing on made the most sense. After taxiing in, the problem was obvious: 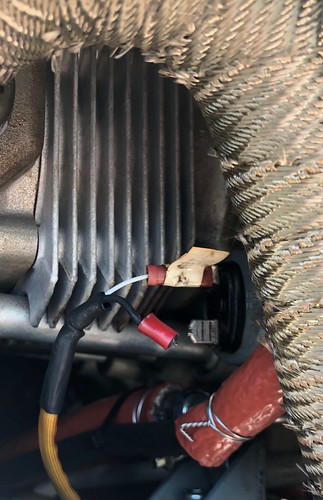 About the easiest possible fix, so...whew! And that fix will involve supporting that wiring a bit more securely.

Anyway, from the Cirrus world I knew the siren song of, “Its probably just a bad connector.” Which is a dangerous assumption, even if warranted most of the time. When I sent these pictures to a Cirrus friend, he immediately asked if Sky Arrow got their connectors from Cirrus!


*I would have thought an open circuit to or from the sender would have resulted in a 0 oil pressure indication, since that’s where the needle rests with the master off. But I apparently am missing something with the way it works.
Fast Eddie B.
Sky Arrow 600 E-LSA • N467SA
CFI, CFII, CFIME
FastEddieB@mac.com
Top

Yes, instruments going to their extreme in a short time usually means bad instruments but hell, it is one thing to rationalize about it on the ground and another see it happen when you are a few thousands feet up

You are also in the position with a pusher that if something is truly amiss you don't get the smoke, burning smell, or oil streaking on the windshield to clue you in...

I was almost to Copperhill in my Cirrus once when all my gauges went crazy and there was a bunch of static in the radio. Made a precautionary landing in Ellijay and rented a car to drive the rest of the way. Next day returned and decowled and found this: 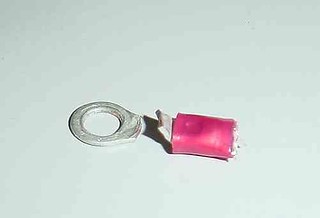 That’s the primary alternator lead on an all-electric plane. It was arcing, held in close proximity by its rubber boot.

The early Cirrus’ has miserably cheap EGT and CHT connectors as well, causing all sorts of false alarms. Is one CHT really 500°+ due to detonation, or just another connector problem? Cirrus eventually saw the error of their ways and offered an upgraded connector kit. FOR OVER $1,000! One of several such disappointments in my 4 years of Cirrus ownership.

On my Sky Arrow I had a handful of failures of the multi-pin connector going into the Ducati regulator. When I went to my John Deere solution, I used individual spade terminals very glad to be rid of that weak link. 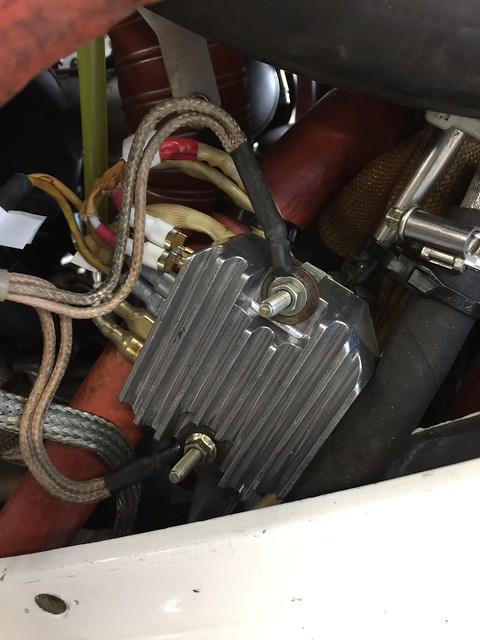 I have a John Deere regulator sitting on the shelf in my hangar for the day my Ducati finally dies. I'm glad you've had a good experience with it Eddie. What did you do to connect the two spades that go into one terminal on the Deere, did you just get a splitter connector?

FastEddieB wrote:On my Sky Arrow I had a handful of failures of the multi-pin connector going into the Ducati regulator. When I went to my John Deere solution, I used individual spade terminals very glad to be rid of that weak link.

Eddie, in the case of an experimental, I don't see any reason why one couldn't just abandon that multi-pin connector, and go to individual insulated crimp-on spade connectors with the Ducati regulator. Do you?
The opinions posted are those of one CFI, and do not necessarily represent the FAA or its lawyers.
Prof H Paul Shuch
PhD CFII DPE LSRM-A/GL/WS/PPC iRMT
AvSport LLC, KLHV
fly@AvSport.org
AvSport.org
facebook.com/SportFlying
SportPilotExaminer.US
Top

drseti wrote:Eddie, in the case of an experimental, I don't see any reason why one couldn't just abandon that multi-pin connector, and go to individual insulated crimp-on spade connectors with the Ducati regulator. Do you?

As delivered, the Ducati voltage regulator in the Sky Arrow was devilishly hard to access. I had already relocated it to a more accessible, and probably cooler location.

Yes, one could just use female spade connectors with the stock Ducati. But the John Deere is just over $30 and just seems to work. I have 2 or 3 Ducati regulators of unknown functionality just sitting in my hangar. With the John Deere its cheap and easy to carry a spare or two just in case, which I do.
Fast Eddie B.
Sky Arrow 600 E-LSA • N467SA
CFI, CFII, CFIME
FastEddieB@mac.com
Top
Post Reply
9 posts • Page 1 of 1

Return to “Ask The Mechanic”

Users browsing this forum: No registered users and 2 guests